About the National Curriculum in Reproductive Psychiatry

The National Curriculum in Reproductive Psychiatry is the joint work of dozens of volunteer clinician-educators from across the country. It was conceived in 2013 at the Biennial Perinatal Mental Health meeting, when a group of academic psychiatrists came together to present a symposium on the current state of education in reproductive psychiatry. In the wake of that symposium, the presenters formed the National Task Force on Women’s Reproductive Mental Health, with an agenda to research the current state of education in reproductive psychiatry and move toward national standards.

Since that symposium in 2013, the National Task Force has conducted two surveys of residency directors and fellowship directors , to assess the current state of education in the field. We have identified six core knowledge areas for specialists in this area:

• Relationship between reproductive cycle stages and psychopathology
• Epidemiology, pathophysiology, and phenomenology of psychiatric disorders during pregnancy and the postpartum, including pharmacokinetic changes
• Treatment of perinatal disorders, including but not limited to psychopharmacology
• Psychiatric symptoms related to infertility, pregnancy loss, birth trauma, and delivery of offspring with major health problems
• Premenstrual mood disorders
• Symptoms related to perimenopause

In the course of our research, it became apparent that few residency programs were teaching much about reproductive psychiatry, and that the major barriers to teaching more included lack of qualified faculty and lack of time (because reproductive psychiatry is not a required ACGME specialty). It was also clear that residency programs would be unlikely to pay for a curriculum for a non-ACGME specialty, and that other groups of learners (advanced-practice nurses, psychiatrists in general practice, obstetrician-gynecologists, and residents in other fields such as pediatrics, obstetrics-gynecology, and family medicine) would also benefit from this training. We therefore set out to create an interactive, web-based national curriculum, based on our competency guide, that could serve three purposes:

• To provide materials to be used in the classroom using non-expert facilitators, which could be freely adopted by any residency program in any specialty
• To provide self-study materials for trainees or doctors in general practice to learn materials on their own
• To provide rigorous CME assessments that, if taken together, could represent an examination of a trainee’s knowledge in the entire field of reproductive psychiatry and, with an eye toward certification and eventual sub-specialty recognition

In 2017, the National Task Force merged its curriculum efforts with those of the Marce of North America (formerly the Perinatal Mental Health Society), which had simultaneously been working on a fellowship-level curriculum.  Together we have created a curriculum that can be used in a modular fashion for residency education, and in its entirety as a fellowship curriculum.  Our first six modules were piloted in 9 residency programs in 2018-2019, with the remainder piloted in 2019-2020.

The NCRP has won numerous educational awards, including the Educational Innovator Award from the Johns Hopkins Institute for Excellence in Education (2018) and the Scholarship in Teaching Award  from Case Western Reserve University (2019).  It is currently funded through a Faculty Innovation in Education Award from the American Board of Psychiatry and Neurology.

The National Curriculum in Reproductive Psychiatry is a joint effort of the National Task Force on Women’s Reproductive Mental Health and Marce of North America. It is led by the following individuals: 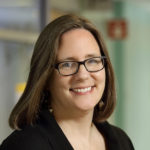 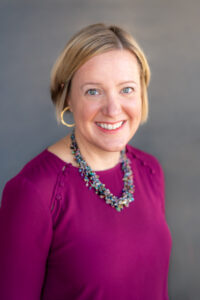 University of Colorado School of Medicine 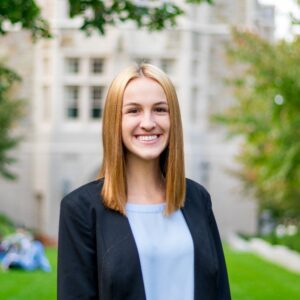 Each module is led by an expert in reproductive psychiatry; the leaders below have made this curriculum possible with their dedication, effort, and diligence.

The NCRP and the Education Committee of Marcé of North America are thrilled to introduce the inaugural NCRP Trainee Fellows. 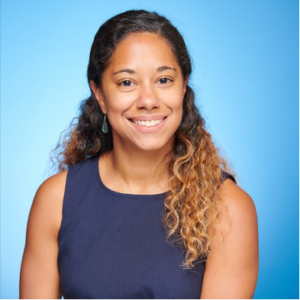 A native New Yorker, Taber was on the pre-professional track at Dance Theater of Harlem before studying history and Italian at Middlebury College. She then completed a post-baccalaureate pre-medical program at CUNY Hunter College, while working as a research assistant for clinical trials at Sloan-Kettering Cancer Center. She eventually matriculated at Yale School of Medicine. During her time at Yale, Taber received a NIH fellowship for translational research to work for a year in the laboratory of Amy Arnsten, studying neural circuits underlying working memory. She also served on the leadership board of Student National Medical Association (SNMA) where she helped run local outreach programs for disadvantaged students at both the high school and elementary school levels.

She is currently in her final year of psychiatry training at Columbia University Medical Center, where she is completing a fellowship in women’s mental health and continuing her studies in psychoanalysis through a year-long evening seminar at Columbia’s Center for psychoanalytic training and research. She is committed to bringing evidenced-based mental health care to underserved communities and advancing mental health literacy among providers and the public alike. She is excited to learn and gain more experience in mental health education through the NCRP fellowship. 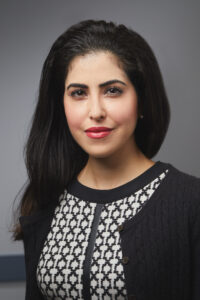 Jasmine Saadatmand became interested in medicine and public health at Brown University, where she received Honors in Human Biology with a focus on health and human disease. After this, she attended Columbia University’s Mailman School of Public Health, where she earned a Master of Public Health in Epidemiology as well as a scholarship to study women’s sexual and reproductive health in the setting of HIV/AIDS in Durban, South Africa. Before returning to Columbia for medical school, she was awarded a fellowship through the Centers for Disease Control and Council of State and Territorial Epidemiologists to work at the public health department’s Infectious Disease division in San Francisco, where she was involved in a variety of public health interventions and field work focusing on community education and outreach. In medical school, Jasmine continued her work in women’s health, conducting research in the field of OB/GYN, including involvement in a prospective study at the intersection of reproductive health and neurology. She was moved to pursue the field of Psychiatry due to her interest in longitudinal care, women’s health, and framing patient care within the context of personal narratives.

She is honored to have been selected as one of the first NCRP fellows and thrilled for this opportunity to connect with and learn from mentors as well as her co-fellow. She looks forward to continuing building skills in education, communication, and application of the literature, as well as building fund of knowledge of reproductive and perinatal psychiatry as part of the team.

The work on this curriculum has been accomplished by a large group of volunteers, all of whom are specialists in reproductive psychiatry at institutions around the country.